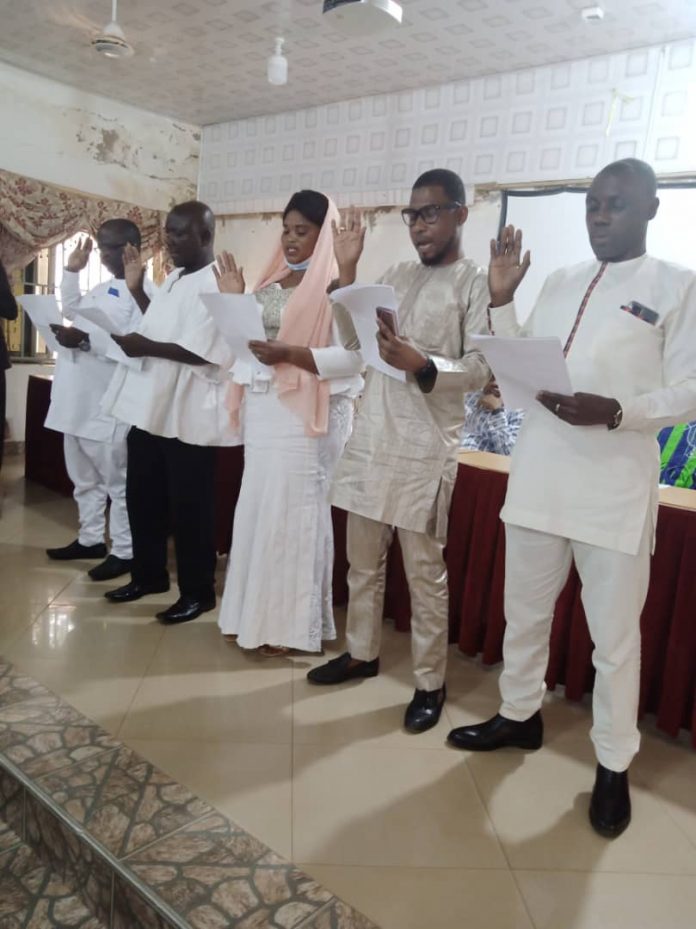 One Municipal Chief Executive (MCE) and four District Executives (DCE’s) who have been confirmed by their various Assemblies have on 7th October, 2021 been sworn into office by the Magistrate of the Bole District Court, His Worship, Edward Essel at an event supervised by the Savannah Regional Minister Mr Saeed Jibril Muhazu.

He said the poverty level in the Savannah Region is the major reason the new region is not developing.

The Minister again asked them to consider tackling Education, Sanitation and health as the major problems which will at the end change the region.

Mr Saeed Jibril Muhazu also urged them to collaborate with their respective Coordinating Directors to ensure the efficient running of their offices.

He again expressed his sadness over the inability to have the President’s nominees for yhe East Gonja Municipality and Bole District confirmed.

The newly sworn in Municipal and District Chief Executives took an oath of office, oath of allegiance and oath of secrecy conducted by the Registrar of the Bole District Magistrate Court, His Worship, Edward Essel.

The DCE for North Gonja, Mr Adam Eliasu who spoke on behalf of his colleagues assured the minister of their readiness to work in accomplishing the vision of the President of transforming the lives of the people.

The Member of Council of State representating the Savannah Region, Kpongriwura Alhaji Zakaria advocated for the focus of the Municipal and District Chief Executives to be on development of their respective areas to move the region forward, adding that the two assemblies upset in the swearing in will soon join them as the problems in those areas will soon be addressed.

The Savannah Regional Chairman,
of the NPP Alhaji Iddrisu Sulemana aka Professor Kalamonia emphasised on the need for employment creation in the region for the youth as the unemployment rate is very alarming resulting to the underdevelopment of the Savannah Region.

He disclosed that the youth of the Central Gonja district had earlier threatened to demonstrate immediately the DCE was sworn in.

He therefore with the permission of the Savannah Regional minister in the presence of the youth advocated for an immediate meeting with the Ministry of roads and Highways management to address the issue.