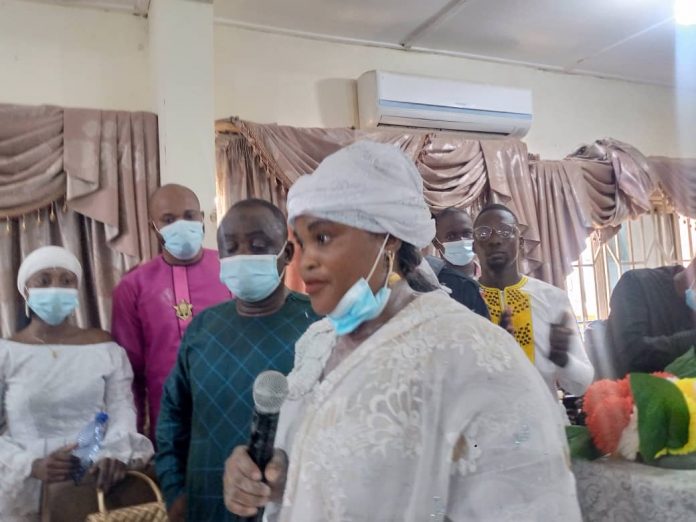 One of the two of President Akufo-Addo’s woman nominees for the position of District Chief Executive (DCE) in the Savannah has been accepted with one rejected.

At Sawla, the Savannah Region New Patriotic Party (NPP) Nasara Coordinator and the DCE nominee for the Sawla-Tuna-Kalba District of the Savannah Region, Madam Losina Barkisu Watara, has been confirmed as the DCE after polling 43 ‘Yes’ votes and 4 ‘No’ votes out of the 47 assembly members giving Madam Barikisu 91% of the votes cast.

At Bole the DCE nominee Madam Veronica Alele Heming failed to secure the two-thirds majority of the Assembly members in the Bole district to be confirmed as the DCE for the area.

Madam Alele thus failed to get the 26 votes minimum to be confirmed as the DCE for the area for the second time.

Speaking at Sawla after the confirmation of the DCE, the Savannah Regional Minister Saeed Muhazu Jibril advised Madam Barikisu Losina to work with all irrespective of the background of the person.

The Regional minister said; “For you to succeed as a leader, you must virtually listen to everybody and don’t take everything into consideration especially, those who will come and tell you that party A, B, or C doesn’t like you. Those doing that are the ones who don’t like you. Those they come to destroy to you are, people who like you, get closer to them. Make your office a beautiful place for all to feel comfortable visiting”.

The minister assured all the Assembly Members and the Member of Parliament (MP) for the area, Hon. Dari Chewetey that all memos presented to the table of the DCE would be attended to within one (1) week.

Madam Barikisu in an acceptance speech expressed gratitude to the President for nominating her as the DCE for the area and paid glowing tribute to her predecessor and the leadership of the governing NPP in the Savannah Region for their unflinching support.

She promised not to run an “armchair” office but rather work hard in accordance with the President’s vision of transforming the country.

The MP for the area Hon. Dari Chewety advised the confirmed DCE to consider development first before any other thing in the area since the district is far behind interms of development.

He said a whole lot areas in the district still has developmental challenges and will be happy to tour some areas with here to have first hand information of what has happened.

The MP added that the area for the 4 years has lagged behind and assured the DCE that he will work hand in hand with her to get the area develop.