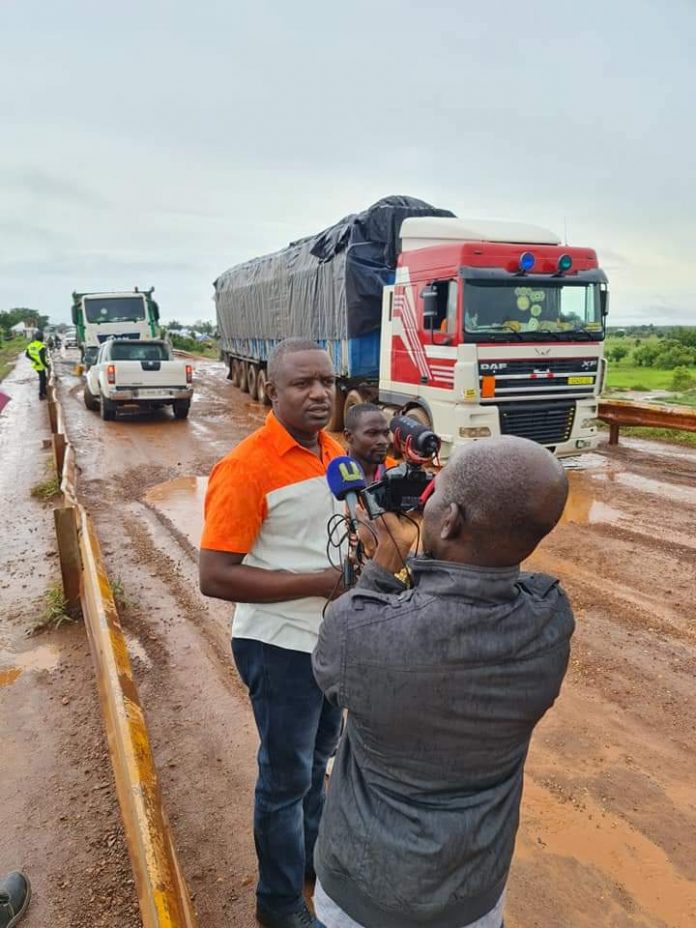 The Member of Parliament (MP) for the Yapei-Kusawgu constituency of the Savannah Region Hon John Abudulai Jinapor has called on the Akufo-Addo- Bawumia led Government to immediately show compassion in fixing the Buipe road so as to save the people of Ghana the frustrations of having to use the torn and tattered bridge on a daily basis.

The MP wrote;
“Today (31st August 2021), on the way to my constituency, I stopped by to ascertain the level of damage caused on the Buipe bridge. It was sad seeing travellers stranded for several hours due to the dilapidated nature of that stretch causing the break down of vehicles and leading to heavy traffic”.

Hon John Jinapor added that; “The significance of the buipe bridge in connecting the south to the Northern parts of the country cannot be downplayed and as such must be given maximum attention as soon as possible”.

Two Burkinabe heavy-duty vehicles traveling from the opposite end of the road got trapped at the pothole in the evening of Saturday 28th August, 2021.

Other drivers who attempted to overtake vehicles ahead ended up blocking the entire road leaving several commuters stranded.

The Police had to work to remove one of the vehicles which broke down causing heavy traffic congestion at Buipe that got hundreds of vehicles and commuters stranded.