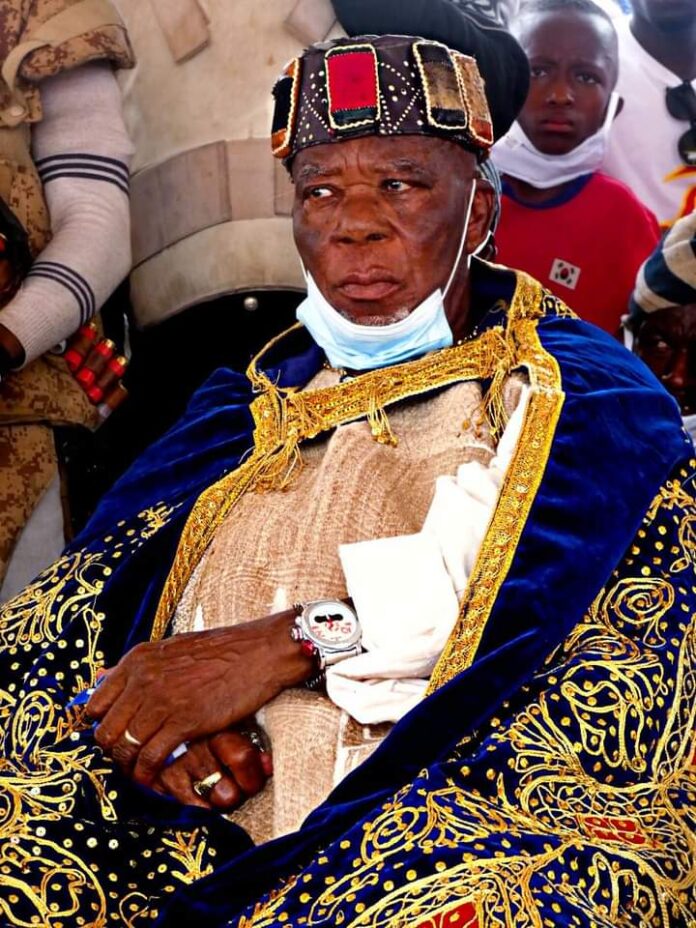 The Paramount Chief of the Buipe Traditional area and Vice- President of the Gonja Traditional Council Buipewura Abdulai Jinapor (II) has said that the Imam of the King and Overlord of Gonja called Yagbon Imam is the permanent head of all Moslems In Savannah Region.

The Buipewura said every Yagbonwura is the permanent head of all Moslems in Savannah Region by Gonja Tradition and that Gonjas as a tribe are Muslims and Ndewura Jakpa came with his Mallam Fatigi Murikpe and his descendants who are the Sakpares.;

“Gonjas as a tribe are Moslems. Jakpa came with his mallam Fatigi murikpe and his Desendance are the Sakpares. Every Yagbonwura is the King and Overlord of Gonja Kingdom by inheritance. Yagbonwura is the permanent President of Savannah Region. The Yagbon Imam is the permanent head of all Moslems in Savannah Region by our Traddition. Period. No politics”; Buipewura Jinapor (II) wrote.

The Buipewura made these comments in response to a debate about who becomes the Chief Imam of the Savannah Region.

A young man called Mahama Ibrahim Watara consultations are on going for the selection of one person to occupy the office of the regional Chief Imam for the Savannah region and further asked the criteria to be used in making the appointment.

Mahama Ibrahim Watara said if the issue of who becomes the Yagbon Imam is based on traditionally laid down protocols, then the Yagbon Imam should automatically step into the shoes of the Regional Imam position.

“Consultations leading to the selection process sould not be shrouded in secrecy or opaque to the ordinary muslim on the street of the Savannah region but made transparent and opened according to the dictates of the Holy Qur’an”; said Mahama Ibrahim Watara.