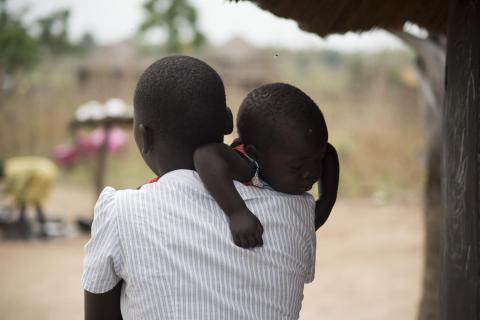 The number of Teenage Pregnancy in Bole Township is on the rise according to reports reaching Bole based Nkilgi FM.

At the Bole District Hospital alone, eight (8) teenagers between the ages of fifteen to seventeen are on admission the past two days awaiting delivery.

Meanwhile mothers of these teenagers are stressed up and says those responsible for the pregnancies of the daughters are mostly school mates and in some instances jobless men in the society who after making their daughters pregnant abandons them. A distraught mother pleaded with Bole based Nkilgi FM to use its airwaves to talk against teenage pregnancy and its effects on the teenage mothers as well as parents of the teenage mothers.

Nkilgi FM has been able to obtained photos of some of the 8 teenage girls presently waiting delivery at the Bole Hospital. One of the girls who is 14 years old has been abandoned by her family at the maternity ward and nurses have to buy her food, pad and other items for her while waiting for her delivery.