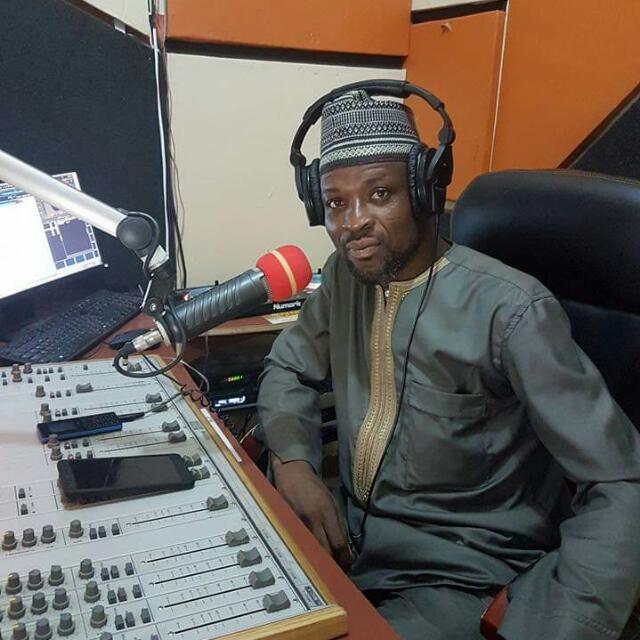 The General Manager of Bole- based Nkilgi 103.7 Fm Mahama Haruna is from Bole in the Savannah Region.

He started his early education at the Kumasi Central Mosque International school and later completed his Basic schools at Bole. He attended the T.I. Ahmadiyya Secondary School, Kumasi from 1992 to 1994 and later, the N.J. Ahmadiyya Teacher Training College, Wa from 1996 to 1999 and acquired his Professional Teachers Certificate ‘A’.

Mahama Haruna later proceeded to the Ghana Institute of Journalism for a B.A. Degree in Communication Studies (with Specialisation in Journalism) from 2003 to 2007. He also successfully completed a seven-month Leadership Training Programme at the Friedrich Ebert Foundation in 2006 and was awarded Certificate.

Mahama Haruna has been involved in media work for many years. He was a political reporter for The Statesman newspaper from 2003 to 2005 and was at a time (2005) a member of the Presidential Press Corp and therefore extensively covered former President J.A Kuffour’s official activities inside and outside the Castle which was the seat of government of Ghana.

His other media activities include the Ministry of Information and National Orientation drafting him as a member of its Ministerial News Management Team from 2006 to 2007.

While at the Statesman, he became the Organiser of the Association of Muslim Journalists of Ghana (AMJOG).

After the Ghana Institute of Journalism, Mahama Haruna underwent his National Service at the Bole Senior High School as an English Language tutor in 2008. He later taught at the Harvard Senior High School, Kokomlemle – Accra (2009) and the Anson Senior High School, Gbawe- Accra (2010) before moving to the Headquarters of the New Patriotic Party (NPP) as a Special Aide to the National Chairman Jake Obtsebi-Lamptey from 2010 to 2011.

Mahama Haruna has been involved in Gonjaland Youth activities for a many years. He started as the Secretary of the Bole District Tertiary Students Union from 2004 to 2007. Having moved to Accra in 2009 to settle, he was elected as the Secretary of the Bole Traditional Area Branch of the Gonjaland Youth Association in Accra, a position he held until 2013 when he was elected as the Vice-President of the Greater Accra Branch of the GLYA but shortly after relinquished the position to contest as the Public Relations Officer (PRO) of the National Gonjaland Youth Association (GLYA) in 2013, a position he won for a three year two term of office (2013 to 2016) and (2016 to 2019)

Mahama Haruna has devoted his time to writing on many issues on Gonjaland for many years and was relentless in fighting for the creation of a second Region out of Northern Region through writings in Newspapers and the Electronic media. As PRO of the GLYA, he has highlighted Gonjaland on the World Stage through mainstream media like the Gonjaland Youth Association website “http://www.gonjalandyouth.com”, the Jakpa Magazine as well as social media platforms.

He wass the Editor of Jakpa Magazine which was a periodical that contains a collection of feature articles, stories on Gonjaland and individuals from Gonjaland and pictures of beautiful scenes in Gonjaland

Mahama Haruna was an Acting Communications Director of the Yagbon Foundation which was launched by the Yagbonwura Tuntumba Boresa (I) in January 2014 to provide financial support to needy and brilliant pupils and students in the Gonja Kingdom.

Mahama Haruna is also the Author of two books; “The Yagbon Skin of the Gonja Kingdom (2015) and Biographies of Yagbonwuras (Kings) of Gonja from 1912 (2016).

Mahama Haruna liased with some prominent citizens of Bole to establish Nkilgi Fm im 2016 He is the administrator of the Radio stations website (www.nkilgifmonline.com).