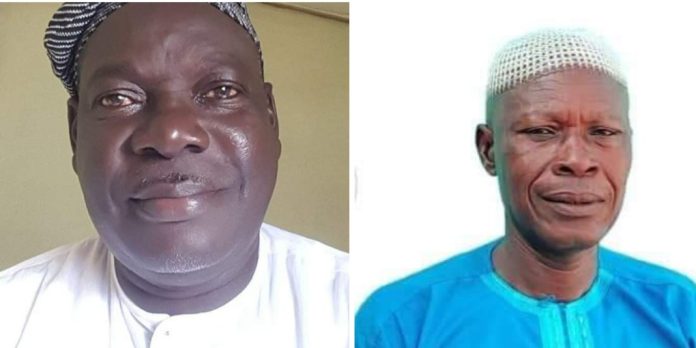 A Savannah Region NDC Vice- Chairman hopeful at last weekends elections Alhaji Fusheini Amoro has agreed for another contestant he got same votes with, Alhaji Baba Zakaria aka Original Zack to continue as the 2nd Vice-chairman of NDC for the region.

Alhaji Fusheini Amoro and Alhaji Baba Zakaria both secured 50 votes each after the first Vice Mr Fatawu Musah had secured 70 votes. This meant the NDC could not produce a winner for the position of 2nd Vice-chairman for the Savannah Region.

The NDC was in the process conductimg fresh elections between the two on a date that was to be scheduled but Alhaji Fusheini Amoro decided to leave the position to Alhaji Zakaria citing party unity and togetherness.

Alhaji Fuseini indicated that he never went to the contest because he wants to hold a position but to help in winning more votes for the party adding that the unity of the NDC in the Savannah region is what matter most going into election 2024.

He said again that he as a neighbour of fomer President John Dramani Mahama in Bole has the duty to ensure he encourages more people to join the party.

Meanwhile a 2nd Vice National Chairman of the NDC Mr Moses Bukari Mabengba has tasked newly elected leadership of the NDC in the Savannah Region to win every vote in the region for the NDC.

Mr Moses Mabengba made the call during the swearing in ceremony of the elected regional executives in Damongo in the Savannah Region on Thursday November 17th November 2022.

He urged the leadership of the party to bring everybody onboard for victory 2024 since all eyes are on the Savannah Region. He said NDC Presidential candidate for 20224 of which everybody in the party including his contenders and the NPP knows will be HE John Dramani Mahama os from the the region.

Mr Mabengba pleaded with the Savannah Region Executives of NDC to use people capable of working for the party rather than family members or close associates who can’t deliver victory for the party.

Alhaji Imoro Seidu, the retained Chairman for the Savannah Region on behalf of the elected executives assured the NDC fraternity that they will do all that they can to win more votes for the party including wining all the seats for the party.

Alhaji Imoro however appealed to his colleagues to reach out to their fellow contenders in last weekends contest to congratulate them and to bring them onboard since that will bridge them together.

He said the victory of NDC is hinged on unity which is very paramount towards victory 2024.

The newly elected Women’s Organiser Hajia Afisha Doshie in a speech on behalf of the women front, promised to work in unity with women in the region since it is her agenda of bringing 90% of women in the region to the NDC which can only be achieved through making the NDC attractive to women through unity.