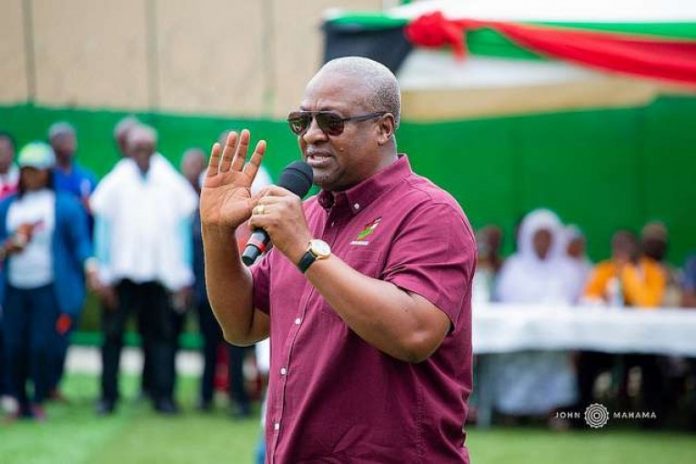 Former president, John Dramani Mahama, has underlined a key reason why members of the National Democratic Congress, NDC, must work towards returning the party to power with the 2024 polls.

Mahama, who is widely expected to contest for the NDC flagbearership, said winning the polls will honour the immediate past NDC Northern Regional chairman, Chief Alhaji Ibrahim Mobila.

Mahama was speaking on August 21 in Tamale at the funeral ceremony of the chairman who he described as a father.

“Nobody knows when his time will come, and so like General Secretary and our chairman said, the least honour we can pay to our chairman Mobila is to win the 2024 election and bring NDC back into office,” Mahama is quoted to have said.

The final funeral rites of the late NDC regional chairman who served from 2018 till his death was accentuated with calls for the party leadership, for unity to wrestle power from the governing New Patriotic Party, NPP.

Mahama was joined by other top national and regional executives and members of the party’s rank and file, who gathered to pay their last respects.

After Islamic prayers and Quran recitation were said seeking Allah’s mercy for Alhaji Mobila, his daughter in a tribute said:
“Alhaji Ibrahim Mobila even though was a Chief, he believed that chiefs can be partisan and still remain impartial to their subjects, and he proved it.”

The party’s tribute read in part: “Chairman Mobila was a fountain of wisdom and knowledge, and his experience and expertise were also brought to bear on party activities.”
Chief Alhaji Mobila died on August 16 after a short illness.