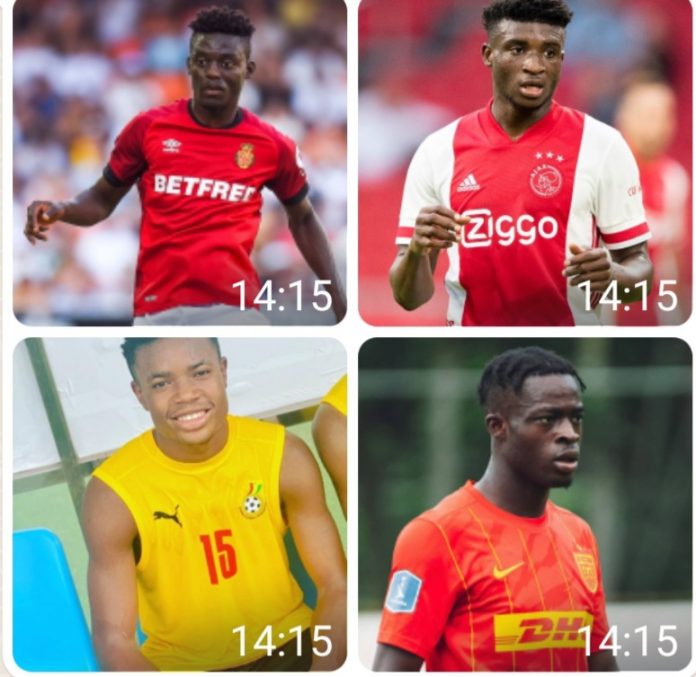 The talk of the Gonja area (Savannah Region) is the head coach of the senior National team, the Blackstars, Milovan Rajevac listing 4 Gonja boys in his final 28 man squad for AFCON in Cameroon.

Kamaldeen Sulemana, Issahaku Fataw, Mohammed Kudus and Baba Iddrisu Mohammed are all natives of the Savannah region of Ghana. Just as every ethnic group or area will pride themselves in having their citizens at the forefront of every activity, the Savannah region is no exception as many continue to pray forntge team that has as many as 4 players from the area.

Mohammed Kudus who plays for AFC AJAX in the Netherlands, comes from Kpangri/Nahari, communities in the Bole Traditional Area of Gonja.

He recently visited the land of his parents to make up with lost friends and families after he lived most of his life in Accra with his darling grandfather (James). He joined his grandfather James in Accra age 7.

Baba Iddrisu from the Savannah Region attended the Damongo Senior High School before moving to Tema to continue his education because his father who is a Gonja lived there.

Kamaldeen Sulemana who ply his trade for Rennes in the French league1, comes from Daboya in the North Gonja District of the Savannah region. Even though his mother is a Dagomba and he lived in Tamale all his life, his father hails from Daboya.

Kamaldeen Sulemana was recently adjudged the best dribbler in the French League, a league that can boast of Neymar Jnr, Lionel Messi, Kylian Mbappe and Angel Dimaria.

17 year old Africa Under 20 best player, who recently helped Ghana to win Gold in Mauritania at Africa Youth championship, Abdul Fataw Issahaku, who plays for Dreams FC in the Ghana Premier League is a Gonja boy from the North Gonja (Daboya) and East Gonja Municipal (Salaga)in the Savannah region.

Even though he lived most of his life in Tamale. He was also adjudged the Discovery Player of the year 2021 in Ghana by the Sports Writers Association of Ghana (SWAG)

Imams, Pastors and Chiefs in the Savannah region continue to pray for God’s mercies on to the 4 players from the area.