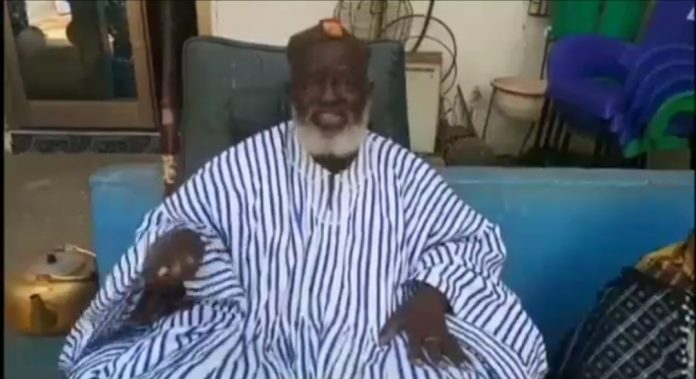 The Mamprusi Paramount Chief of Janga in the North East region, Soo Naa Maligu Nantomah Seidu has threatened that Mamprusis will fight and take over Lukula, a Community in the North Gonja District of the Savannah Region and also seize Daboya, capital of the North Gonja District and the Wasipe Traditional Area of Gonja, if government do not intervene over the current controversy of which of the Traditional Area owns the area.

The Soo Chief who made these comments in a an interview with Joy news TV monitored by Bole based Nkilgi FM on 30th November, 2021 warned goverment and National security to stop Gonjas from provoking Mamprusis and never to step foot in the Lukula area or they will fight and take over the community as well as Daboya.

“Not only Janga alone will get up and fight them (Gonjas)..all Mamprugu will face them so that there will be peace at that place. When they beat us they should take the place, when we beat them even Daboya self we will take the place”; he said.

The Soo Naa warned; “If government didn’t come there and we hear that they (Gonjas) came there with lies, not only Lukula we will fight, we will face Daboya direct”.

Naa Maligu Nantomah Seidu also said;
“I want them (Gonjas) to know today today as I’m saying, they are liars, they are human vultures..anywhere they saw there is food they will land there, tellimg lies.. the Wasipewura is a liar..he is my colleague, he is not telling his people the right thing”.

Naa Maligu Nantomah Seidu further blamed the defunct Commission of enquiry for the creation of regions as well as the British colonialists for the current controversy surrounding the Janga Community claimed by the Wasipe Traditional Area of Gonja and the Soo area of Mamprusi.

The Soo Naa also had some harsh words for the Savannah Regional Minister whom he described as a liar and a hypocrite and that he doesn’t know why Akufo-Addo has appointed him as a Regional Minister.

“I don’t know.the reason why Akufo-Addo has waste his time to pick this man as a Regional Minister”; he said.

Sporadic classes have pertained since 2018 after a failed attempt by the Mamprusis domicile in the Lukula area of North Gonja District to join the North East region during the creation of regions.

Calm returned to area after disturbances in the over who has the right to take royalties.

The Savannah Regional Minister and chairman for the Regional Security Committee (REGSEC), Mr Muhazu Saeed Jibril in an interview with Bole based Nkilgi FM said life has returned to normalcy at the farming community of Lukula following the deployment of security to the area.

He said;
“According to our investigations young men numbering up to 50 from Daboya besieged the Lukula Community to tell Fulanis never to pay royalties to Mamprusi Chief Janga Na but we have taken a decision at a joint REGSEC meeting that all the two Chiefs who are claiming ownership of Lukula that is the Chief from the Wasipe Traditional Area of Gonja and the Chief from the Mamprusi Traditional Area that they should all stay off that Community until such a time that the two Traditional authorities will have an amicable solution to it”.

Mr Saeed Jibril added; “As Chairman of Savannah Region REGSEC we done what we are supposed to do and life has returned to normalcy and as we speak there is peace there and all the young men who came from the Wasipe Traditional Area of Gonja have been advised by the Security to leave the area”.