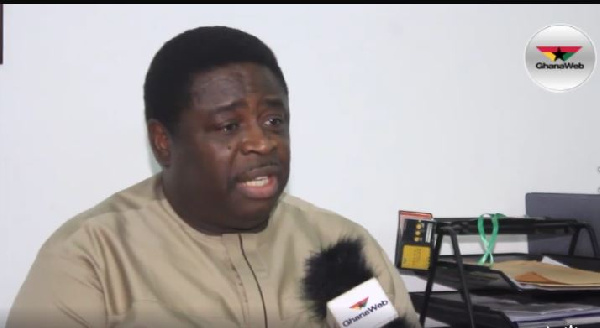 The 2012 flagbearer of the Convention People’s Party (CPP), Dr. Foster Abu Sakara is the latest to join the race to “redeeming Ghana’s dysfunctional democracy” after A Plus came up with the Peoples Project (TPP) with a similar focus.

Mr. Sakara in a facebook post said the National interest Movement, his baby, will serve as a vehicle that will radically reform what he describes as a dysfunctional democracy in Ghana, ABC News can report.

“This is the something new many of you have asked me about so many times over the last four years. After a few years of behind the scenes work and consultations here it is. A movement that is a vehicle for several civil society activists and organizations working together with one common agenda to radically reform a dysfunctional democracy that is caught up with the interest of the few at the expense of the many,” he said.

The former CPP leader is of the view that Ghana needs a “systems change” and not a change of individual leaders or political parties.

“A systems change is required and not individual leaders and the usual partisan promises. Let us pursue a system change based on institutional reforms that will be premised on constitutional reforms. The commitment to delivering on these reforms will be the basis of a charter for a new beginning and a social compact with the people of Ghana,” he added.

Dr. Sakara in 2008 was running mate to Dr. Papa Kwasi Nduom on the ticket of the CPP. In 2012, he contested and won the bid to represent the CPP in the December 2012 general elections.

He however submitted his resignation letter to the party following an earlier announcement that he was going to contest as an independent candidate in the 2016 general elections. In the letter dated January 4, 2016, Dr Sakara said his decision to resign from the party was due to the “culture of intolerance and indiscipline” within the party.